Army of the Elite Clan

Army of the Elite Clan :: Spam

Just to get to know each other a little better. What are some of the other games that people here like to play other than BF2? Computer or Console (or even paper Role Playing like D&D or other paper RP games)

I grew up playing Paper Role Playing games, such as D&D and later AD&D as well as much later, a paper RPG called 'rifts'. But as far as electronic ones, I love RPGs, I have played several MMORPGs as well.

I have played Everquest, Everquest 2, World of Warcraft, YPP (AKA: Puzzle Pirates... I was a Crew Captain of the Bloody Buccaneers, LOL), & Ultima Online (for a short time). I used to play Counterstrike, but I didn't like it as much as I like BF2 and it's expansions.

I love a lot of the console RPGs too, Final Fantasy 7,8, X & X 2 were among some of my favorites, as well as the Breath of Fire series. I loved Diablo (1&2) I have numerous other video games on my computer now that I play besides these, such as Elder Scrolls 3: Morrowind (and expansions), Fallout and Fallout 2 (the releases that followed them SUCKED), Fable the Lost chapters (PC), I also like to play Spider Solitaire, and I love playing Spades (been playing it for about 30 years) and Hearts (both card games) on yahoo games.

Of course I grew up when the Atari 2600 was HUGE and there was also the Oddysee console. Then as I got in my teens the original Nintendo was created as well as the original Sega console. So the games these days are HIGH TECH compared to what I grew up on

, of course I used to love the heck out of a few MUDDs I used to play too. The games were much simpler then and had much less flash but were nearly entirely story driven, unless you havn't noticed, I am like completely addicted to video games tho, lol, whether on computer or console.

I LOVE fantasy books too, my lifelong dream has been to become a famous fantasy writer. Even today if there is a movie made off a book, I like to watch the movie then read the book, because no matter how great the movie is, if I read the book first, the movie sucks afterwards, lol. Like Jurrasic park, I LOVED that movie until I read the book then the movie paled in comparison.

Right now i am playing mostly Battlefield 2, but i also play other PC games. i just picked up GRAW 2, and it is like nothing else. i would reccomend it. i also have rainbow six vegas, which is great for intense multiplayer battles. About two months ago, all i was playing was S.T.A.L.K.E.R. Shadow of Chernobyl. that game was AMAZING!

I have an xbox 360, graw 2 sucks, rainbow six vegas is amazeing love it on xbox live!! im always playing gears of war 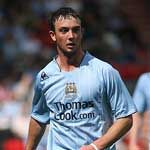 ive only got a PS2, but i love the GTA series, own most of them, i alos love football games like FIFA, medal of honour is also a gr8 game!!

Army of the Elite Clan :: Spam